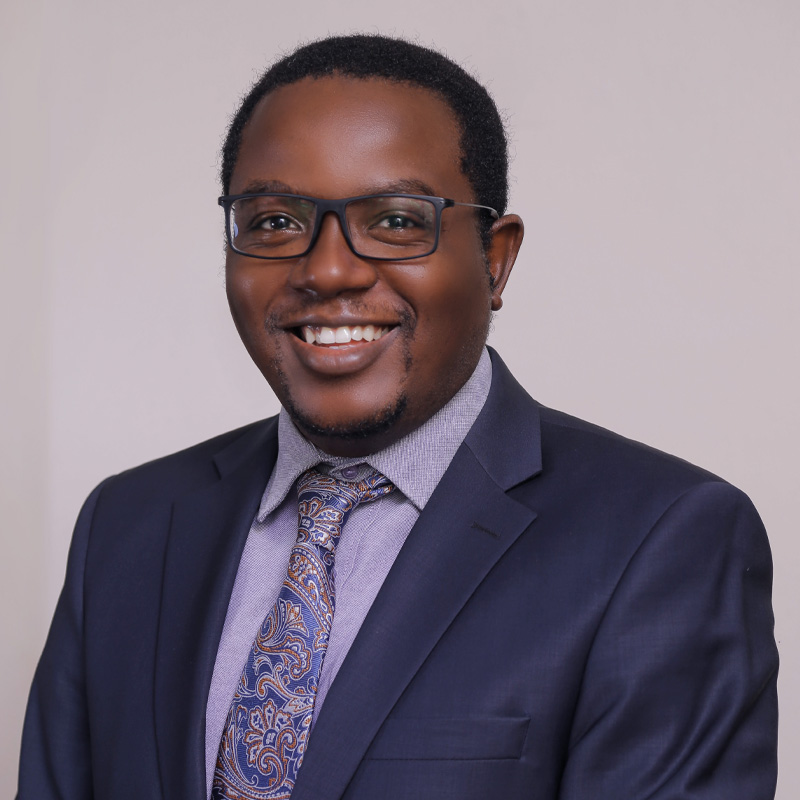 Dan is a Ugandan and USA trained lawyer. He is the Founder and Managing Partner of Development Law Group and a Lecturer at the School of Law, Makerere University in Uganda. He oversees the group’s overall legal and consulting practice with specialty in the areas of Taxation, Non-Profits and For Good Businesses. Dan started out his career working at a premier human rights and social justice NGO in 2007, before becoming a full-time legal practitioner and consultant later in 2010.

He has a deeper understanding of both the legal and operational challenges, as well as opportunities for non-profits, charitable organizations and for good businesses in Uganda and globally. In this regard, Dan advises several local and international NGOs, Philanthropies, Foundations, Donors, Charities, International Development Agencies, Fiscal Sponsors, Universities & other Educational Institutions, Hospitals and Social Enterprises on all aspects of the law including but not limited to, structure and formation, regulatory & fiscal compliance, taxation and exemptions, labor and employment, immigration, intellectual property, corporate governance, executive compensation, investigations, lobbying and political campaign, anti-corruption, contracting, fundraising and grant making, charitable contributions, restructuring and dissolution.

He is an active member of the Uganda Law Society (ULS) and the East African Law Society (EALS). Dan is also a member of The Access Initiative (TAI), the Access to Information Committee of the African Network of Constitutional Lawyers (ANCL) and the Environmental Law Alliance Network (ELAN). In 2016, Dan was one of the nine eminent legal scholars recognized by the Supreme Court of Uganda as being one of the “most widely researched” and “highly experienced” in rule of law, human rights, good governance, and constitutionalism. Most recently in July 2021, he was invited by the United Nations Office of the Special Adviser on Africa (UN-OSAA) to join its newly created Africa Knowledge Network.